The importance of being startled

'Surprise is everything with me. When I go to bed at night I give myself instructions to startle myself when I wake in the morning.'

Ray Bradbury from the Afterword to Farewell Summer

Last month saw the death, at the age of 91, of one of the twentieth century's truly original storytellers. Ray Bradbury has had a reserved seat in the theatre of my imagination ever since it began to put on productions of its own. I don't think it is overstating it to say that my childhood stumbling upon his stories helped to make me what I am. The ways in which I see the world, find my paths within it and express what I have to say, were all influenced by the ways the characters he invents do the same. 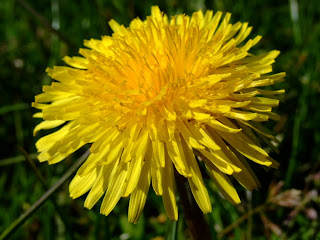 Reading or, better still, being read Ray Bradbury as a youngster was always a wide-eyed, white-knuckle ride. First get their attention! is golden rule number one of the storyteller's art and Bradbury, with his signature cocktail of macabre fantasy sci-fi thriller - bookshops should have a section for unclassifiable - has a knack for opening lines that can silence a class of hissing schoolchildren in an instant. 'The seller of lightning-rods arrived just ahead of the storm' he tells us at outset of Something Wicked This Way Comes and at once we crave to know more, just as the boys in the story can't stay away from the malevolent traveling funfair that arrives in the storm's wake, whatever their hearts may tell them.

'It was a pleasure to burn.' The six word opening sentence of Fahrenheit 451 has surely become one of the most celebrated in science fiction literature. It is as detached and matter-of-fact as the daily routine of the novel's firemen who, in a nightmarish subversion of today's heroic firefighters, start fires to destroy books rather than extinguish to save them. Fire is bright, fire is clean, burn everything! But what would happen if one of these men stopped to read? Bradbury asks. Montag the fireman does just that and his world is changed forever by the power of the printed word.

I remember how it all began. A young bearded English teacher opened a book and began to read to us. He was a skilful narrator and we liked his choices. Through him we had met the moomins and later the hobbits; wholesome folk who warded off the evils of the world with their resourcefulness and practical democracy. As well as hearing about them, we drew them and modelled them in play-doh, dressed up as them and invented our own dramas in which they put in guest appearances, behaving in heroic ways that I like to think would have delighted Jansson and Tolkien. As we grew older this teacher's introductions grew darker to match our appetite: enter Grendel and his mother; enter the morlocks of HG Wells' far off future; enter the triffids bent on doing us no good. With him we tramped the wastelands of Mordor and the cobwebbed corridors of Gormenghast Castle. 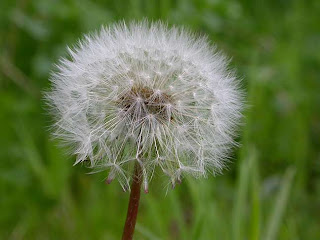 But on this day he began thus: 'Quite suddenly there was no more road.'  Whatever classroom diversions we were up to stopped at once. This, girls and boys, is Ray Bradbury. He already had us by the lapels of our blazers. The tale was called The Scythe from a compilation of short stories deliciously entitled The October Country. (October is 'a rare month for boys' Bradbury tells us with a twist of Hallowe'en in the prologue of Something Wicked.) The Scythe is a neat take on the grim reaper. Set somewhere in Kansas corn country, a farmer is condemned each day to cut the inexorable tide of corn in the knowledge that each ear is a human life, his own kin among them. The language is gorgeous and unexpected; the blade of the scythe 'sings crimson-wet'. I remember rolling those words around my tongue for weeks afterwards, crimson-wet, oh yes!

Hearing The Scythe was an awakening for me, a dawning that language could be relished for its own sake, for the sounds it uttered and the shapes it took on the page. It is poetry really; 'memorable speech' as WH Auden defined it; a clutch of perfectly chosen words that conjour images with an exactness and economy that whole paragraphs of dull adjectives fail to do. In Something Wicked the boys, who run everywhere, never walk, are described as 'scissors and elbows' and in an instant Bradbury has them in all their wiry, frogs-and-snails, cusp-of-puberty energy. In Fahrenheit the torched books die 'flapping pigeon-winged on the porch' while we watch horrified and impotent. 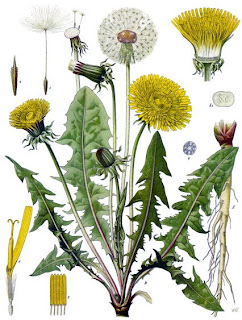 Nowhere in Bradbury's copious legacy - he wrote over 500 stories - is his joy in language better displayed than Dandelion Wine. It was his first full-length novel and, I think, the best he did. Hardly science fiction at all (libraries have to shelve him somewhere I suppose), Dandelion Wine is one of the most perfect portraits of growing up I have ever read, right up there with Huckleberry Finn and some of the best bits of Stephen King. I first read the story of twelve-year old Douglas Spaulding who, one summer, learns that he is really alive, when I was not much older myself. I still have the copy, spine broken, pages held together with tape. I can't bear to part with it although it is far too delicate to read. Since opening dysnomia... last year a quotation from Dandelion Wine has graced the margin. It could be a page lifted from my teenage diary.

Late in life Bradbury published a slim sequel, Farewell Summer, although he had begun it more than fifty years earlier. Douglas Spaulding is still a boy, thirteen now, receiving instruction about life through a series of confrontations with the elderly residents of his Illinois home town. In the novel's afterword, entitled The Importance of Being Startled, Bradbury explains how many of the greatest friendships of his life had been with people in their eighties and nineties. 'I welcomed the chance to ask them questions' he says, 'then to sit, very quietly, saying nothing and learning from their responses.' I remember as a child being simultaneously intrigued and frightened by the dimly lit  autumnal world inhabited by the very old, a true October country.

Ray Bradbury lived to reach his own nineties. I have sat quietly but intently listening to him all my life, will keep on doing so now he is no longer among us. The scythe in his tale of the same name bears on its blade an inscription. 'Who wields me - wields the world!' it says. It could equally be a motto for the story and the storyteller themselves. For what is our world made of, if not stories?