How strange for the world to have turned
and be facing the other way again.
Why do we sleep through these great rotations?
The night sky sometimes likes a good conversation,
and gives me plenty of time to speak before thinking.

from Syzygy by Rachael Boast

Have I slept through the great rotation? It does not feel that way to me. For I have been busy and attentive, watchful below the surface. During winter months the soil is not half so dead as we might believe. It may not yield to boot or hoof but dig an inch below the iron clods and life is teeming in miniature. Likewise under insulating pond ice and in the clenched buds of the hedgerow. Relative warmth lingers. It is a veneer of sleep, skin deep. 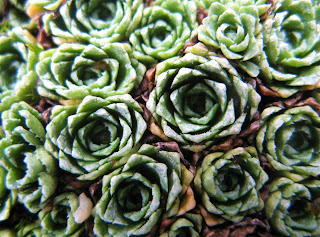 Not so much a hibernation then as biding time, trusting to be patient and not forcing things. Words do not respond well to being forced, at least mine don't. There are no blowsy hothouse flowers in my lexicon. Faced with the skinning winds of winter my words are rockery alpines, hunkered down in tight whorls of botanical geometry. I have heard tales in bad years of small songbirds setting aside their territorial rivalries and bundling together to stave off the cold, as Antarctic penguins do. There is a slowing, yes, but no chance of sleep. To sleep is surely to die.

Sometimes words are obedient and come when I whistle. Other times not. Other times they are away somewhere in the long grass, lying low, waiting for their moment to spring a surprise. When the game is up they come lolloping home, all ears and muddy paws and playful slobber. Then they can make me laugh and cross in equal measure. And every once in a while the words come in gluts; big windy blocks of verbs and tenses and clauses that set the flags snapping and the hallyards rattling. There is nothing to be done but let out all the reefs and surf home on a long reach. Those are the rare days. 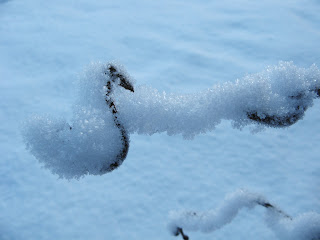 Interviewed recently on the publication of her first collection of poems, Sidereal, Rachael Boast quotes from Joseph Brodsky: 'Being the supreme form of human locution, poetry is not only the most concise, the most condensed way of conveying the human experience, it also offers the highest possible standards for any linguistic operation.'  Boast rails against the verbosity, the profligacy with words with which our spin-driven, vox-pop world is raddled. Poetry offers an antidote, a stripping back.  'When poems seem clean and neat, that's because there's been enough preparation' she says.

Winter is a time of preparing. There is nothing wasteful about the season of economy. So when the words don't come it is not a cause for worry. I hold off whistling for a while, until the grass is grown long enough to hide in. I make fast and wait for the first riffles of breeze to lift the burgee, for the soil to soften and the wrens and robins to shake snow from their feathers and remember to sing their old quarrels. And then when the buds swell and the words come, I hope they will be clean and neat.
Posted by Anhrefn at 22:58
Labels: Joseph Brodsky, poetry, Rachael Boast, winter, words, writing