The end of a day

Across the dunes and salt margins of Aberlady Bay darkness advances swiftly. There are no roses or carnations in the sunset, only chrysanthemums, russet and old gold like the drapes of a stately bedroom. A constant wind has blown all day. It comes from the west but carries the crystalline bite of winter. It whips the expanse of grey grasses into waves that mimic the sea. The tide is on the full and the sea is foaming, booming. Gulls lift from the rocks and are hurled away instantly. 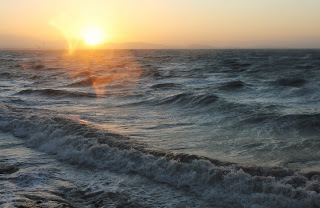 Inland the dry wood of buckthorn bushes rattles and creaks. It looks dead but the stems are heavy with orange berries that glow unnaturally bright in the failing light. As I pass I send up flocks of feeding winter thrushes, clacking fieldfares that the wind quickly scatters. Higher still and there are geese; hundreds of birds in undisciplined squadrons that have risen as one from nearby fields. There are no syllables in human speech that accurately express their calling. Perhaps they sing of the Sagas of the far north.

The moon is barely two days old. It is the closing bracket of a parenthesis written in stars as yet unseen across the heavens. Occasionally the wind brings a shrill, panicky piping of oystercatchers and the liquid notes of a solitary curlew. Around here they are still called by their old name by some folk; whaups. It captures their plaintive fluting exactly. Our predecessors knew a thing or two about birds. Back at the car my face glows from the flaying wind and there is salt on my lips.

I offer these pictures with love to my dearest friend J. Yesterday her mother died after a long and, at times, bloody-minded battle with illness. J has flown over the sea to be with her. The end of a day is not the end of all days. 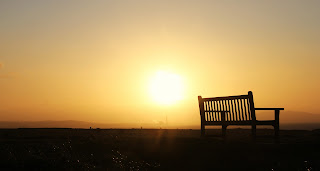